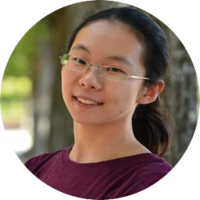 BA in French and Linguistics

I am a Chinese computational linguist. After five years of bachelor study in French language and linguistics (at Dalian University of Foreign Languages and University of Rouen), I decided to continue my master study in computational linguistics at National Institute for Oriental Languages and Civilizations to broaden my professional career. During my master, I did three consecutive internships as a linguistic engineer in the startup XiKO. In 2016, I obtained a French ministerial scholarship for my doctoral study at University of Paris-Saclay, CNRS, LIMSI. In 2019, I defended my thesis in Natural Language Processing on the subject of recognising sub-sentential translation techniques, which is supervised by Anne Vilnat and Gabriel Illouz. After this, I worked during one year as a teaching and research assistant at LIMSI and University of Paris-Saclay (department of computer science). From September 2020, I will work as a postdoctoral researcher during two years at Artificial Intelligence and Human Languages Lab of Beijing Foreign Studies University.

Participate in the Rosetta Project

The courses that I taught are listed below.